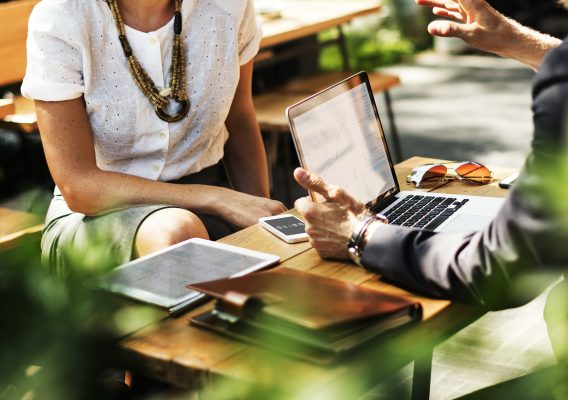 Until the 1980’s, employment in China was planned and administered by the state who monopolized the allocation of jobs. However, the employment policy of China has changed drastically since the implementation of the open-door policy and the economic reform. This study, sampled in Hong Kong (510 respondents), Beijing (520 respondents), Shanghai (534 respondents) and Guangzhou (499 respondents), looks into the views of the young people of the four places in four main areas: career choice, job evaluation, work attitudes and future prospects. Many questions yielded very useful findings, such as what are the young people’s preferred careers? What organizations would they like to work for? What do they think about taking on extra part-time work? What kind of attitudes to their work do the young people in the four cities have? Do they have confidence in their future? A must read good reference.

Young people in Hong Kong and Mainland China share the view that a high salary and good career prospects are the main criteria for choosing a job;

About one third of Hong Kong respondents think that working in government organizations will give them the most benefits in the future. By contrast, in general, young people in Beijing, Shanghai and Guangzhou would prefer to start their own business, or work in private enter-prises or foreign-owned enterprises;

Nearly one fourth of the Hong Kong and Mainland respondents said the city they were living in did not provide them with an equal opportunity to develop their career. Most of the youth said that interpersonal relationships were the main cause of the unfair situation:

Respondents of Hong Kong and Main-land China have similar career preferences, most of them opting for one of the professions such as that of teacher, lawyer, doctor and designer. In China, becoming an administrator or manager is also regarded as a good career choice whereas the top job chosen by a tenth of the Guangzhou youth is that of cadre.

As for equipping oneself for a better future, more than 55 per cent of the Hong Kong respondents said they would try to obtain higher education qualifications and increase their profes-sional knowledge. It was also pointed out by 15 per cent of Hong Kong youth that improving their language competence would be helpful for their future. In comparison with their Hong Kong counterparts, youth on the Mainland put more emphasis on increasing their technological know-how and having special skills.

As far as job evaluation is concerned, more that 80 per cent of Hong Kong respondents said they were satisfied with their present jobs while over half of the young people interviewed in Beijing, Shanghai and Guangzhou respectively claimed dissatisfac-tion.;

Generally speaking, they are dissatisfied with their low salaries, the bad prospects of their jobs and the insignificant benefits provided by their work units. The major source of job satisfaction was deemed by at least one in ten Mainland youth to be their 「contribution to society.」 Finding the job interesting is another important source of satisfaction;

It also appears that youth in the four cities have certain expectations of fringe benefits provided by their work units. The Mainland youth emphasized the importance of a housing allow-ance and medical care whereas the Hong Kong respondents regarded a medical allowance and retirement pension as more important.