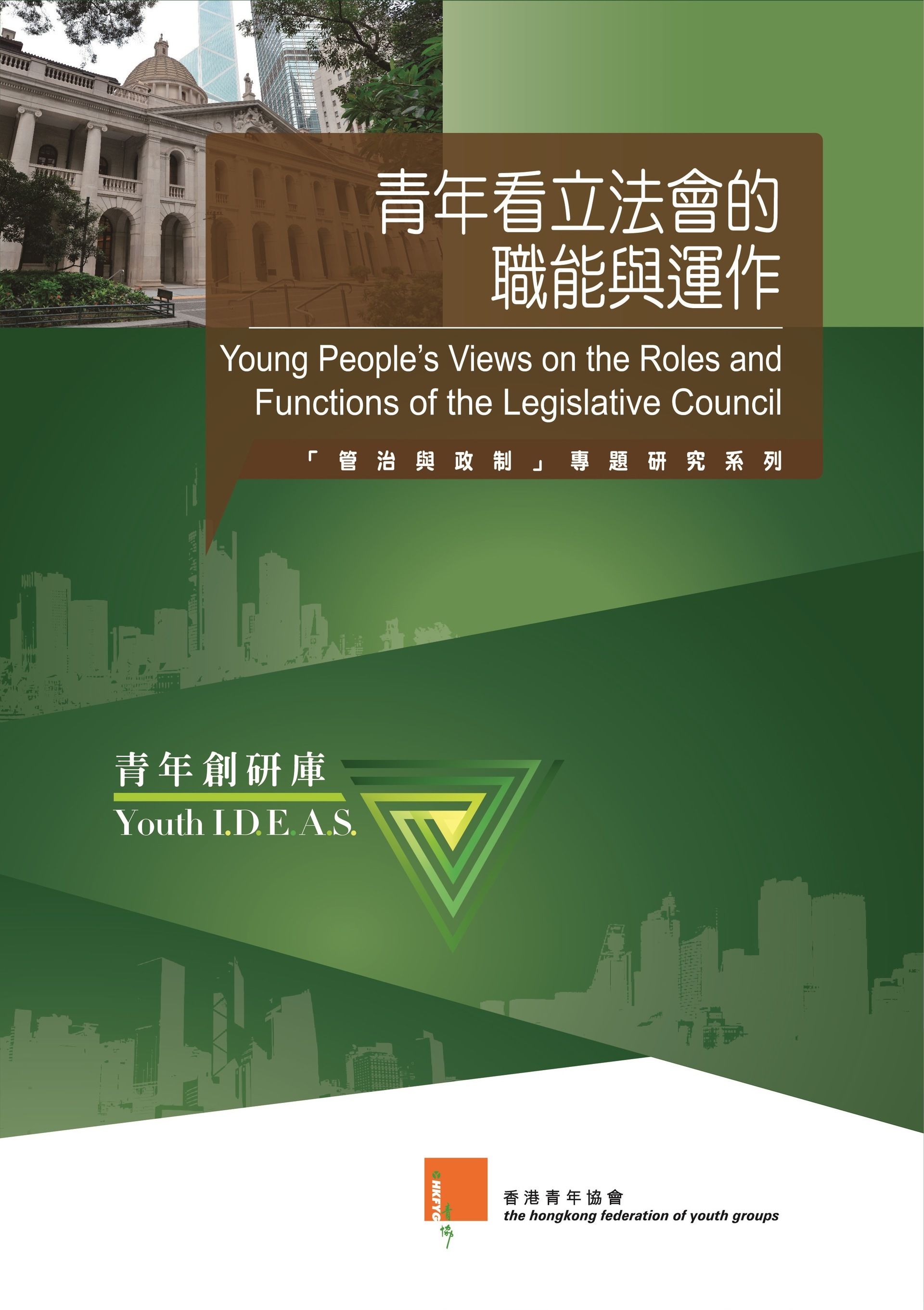 The Youth I.D.E.A.S. announced its latest report on

A territory-wide telephone survey on 539 young people aged 18 – 34 noted that on the merits of the current Legislative Council, some 28% of respondents agreed there was a diversity of voices in the chamber.  Some respondents from the face-to-face interviews also expressed positive remark on the role of the Legislative Council, with some saying that it should be a place for debating and discussion on public issues.

In terms of drawbacks, close to one-third (32.7%) of respondents said that there was a lack of rational debate.  Worse still, close to 60% (59.4%) did not think that they trusted the Legislative Council.  Another 66% (66.4%) were of the view that they did not trust the HKSAR Government.