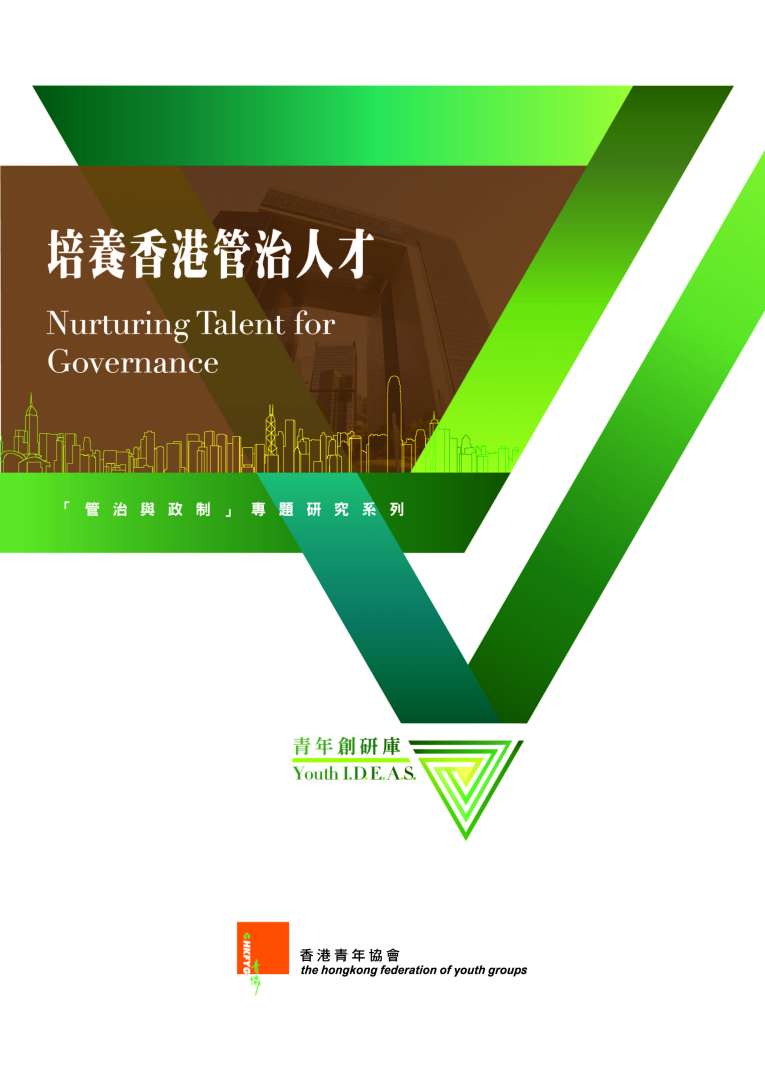 The Youth I.D.E.A.S. announced its latest report on
Nurturing Talent for Governance

An onsite survey conducted from June to July on 520 young people aged 18 – 34 noted that a significant proportion (77.1%) of respondents recognized the need for greater governance talent in the city. Close to 69% (68.5%) felt a lack of talent was a major hindrance to effective governance of the HKSAR Government. Thirty-eight percent (37.9%) considered that commitment to Hong Kong society the most important character that a talent for governance in Hong Kong should have.

Thirty percent (30.2%) of respondents showed interests in entering the field of governance, with the main reason that they wanted to make improvements in society. Sixty-three percent (62.9%), however, thought otherwise; reasons included a lack of relevant skills.

Yet, a large number (75.4%) of respondents took the view that talent for governance could be from all walks of life as long as one has the passion or the ability. More than two-thirds (67.3%) believed that one could become talent in the field through nurturing. More than half (55.0%) were of the view that every sector in the society should have to take a role when it came to nurturing potential people in this regard.

Regarding the advantages that Hong Kong has possessed in nurturing governance talent, 27.5% of respondents said that Hong Kong was with international trail connection. Thirty-seven percent (37.1%) considered the limited training channels the biggest disadvantage in this area. In summing up, more than 70% (72.3%) were dissatisfied with the current work of fostering potential people to partake in governance.

Young people will be the driving force behind governance in future. Hong Kong has the soil in cultivating governance talent. It is worth paying more attention to make the soil more enriching, with a hope that the talent pool and the effectiveness of governance of the city could flourish further.