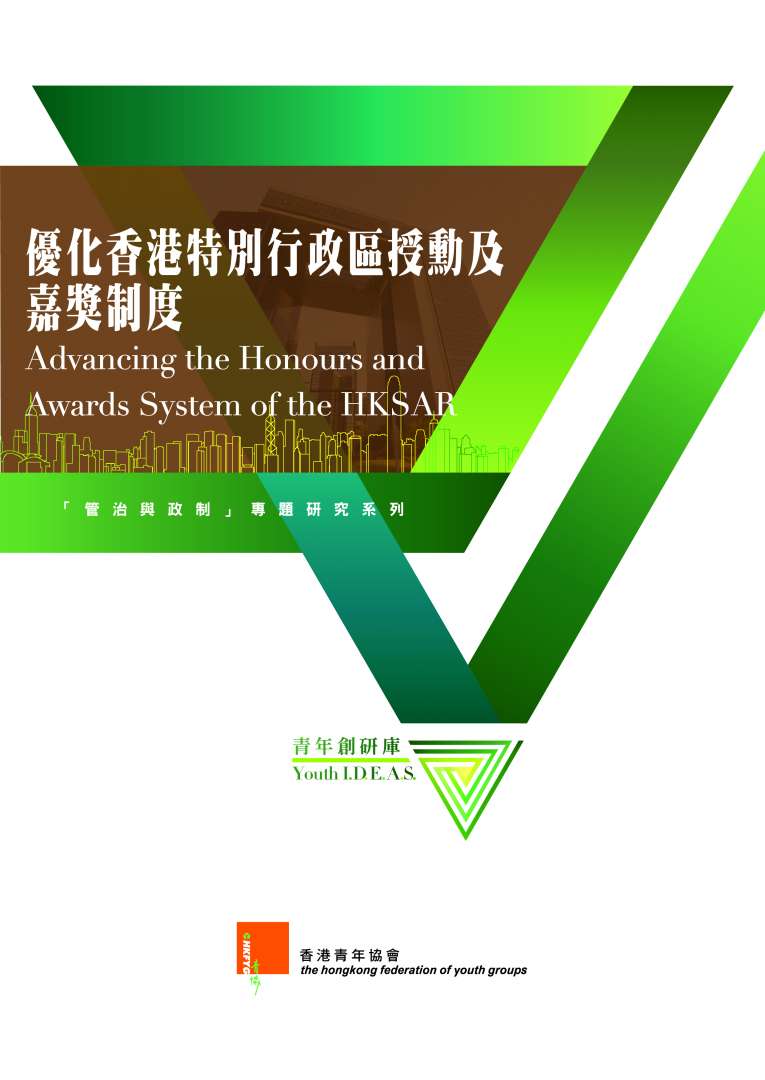 The Youth I.D.E.A.S. announced its latest report on
Advancing the Honours and Awards System of the HKSAR

An onsite survey conducted in March on 522 Hong Kong citizens aged 18 or above noted that 95.2% of respondents considered it an important issue for a government to honour people for their contribution to society. Close to 80% (79.5%) said that an honours and awards system with credibility would enhance their support to the HKSAR Government.

About 60% (59.6%), however, said they would not consider nominating anyone. Among them, about 30% (29.6%) said it was because there are no people with outstanding contributions that come to mind, while 28% were unclear about the criteria of receiving honors, and 16% (16.1%) were unsure about how to nominate a person. On the other hand, 40% (40.4%) of the respondents said they would do so.

In the respondents’ perceptions, 39% (39.1%) thought that the poor reputation of those recipients in society would damage the system’s credibility, while 35% (34.9%) said the chance of corruption occurring would be the biggest factor in hampering its credibility. In general, more than 75% (75.5%) were interested in knowing about the life experiences of the honours recipients.

The honours and awards system recognizes people who have made dedicated service, significant achievement and contribution to society. Credibility of the system is therefore of particular concern. It is worth making the system more open to the public, with a hope of cultivating a more positive environment for the governance of the HKSAR Government.