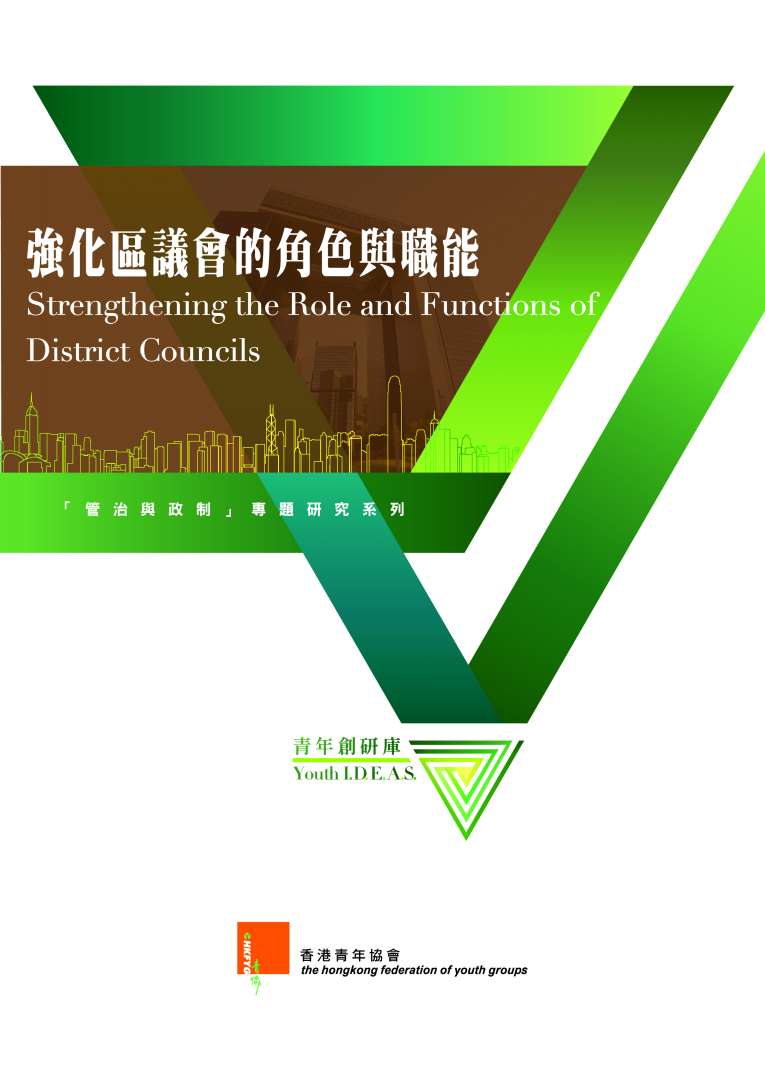 The Youth I.D.E.A.S. announced its latest report on
Strengthening the Role and Functions of District Councils

An onsite survey conducted in July on 520 Hong Kong youth aged 18 – 35 noted that one third of respondents believed the District Councils’ greatest potential value was as a symbol of the representation of public opinion.

Respondents, however, were conservative when it came to rating the performances of the DCs in advising the Government on community matters, and promoting public participation in district affairs, at an average of 4.72 points and 4.64 points respectively on a scale of 0-10, whereas 10 indicating the highest mark. The ratings were below the pass mark of 5.

In additions, more than 70% of respondents took the view that there were few talented people in DCs, and a similar percentage (74.1%) did not think that the information transparency of the DCs was in high level. Seventy-five percent (75.0%) shared the notion that they had a responsibility to monitor the DCs, and close to 63% (62.5%) said they would like to be more involved in the decision-making of the DCs.

A total of 19 experts, academics and current DCs members were interviewed for their insights on this subject matters. Some mentioned that the relatively small size of the geographical constituencies in the District Council Election (consisting of about 17,000 residents) might make the district councilors over emphasis on the interests of their constituencies, while unintentionally ignore motivation from planning with a wider perspective.

The DCs has been in operation for more than 30 years, and the Hong Kong society has experienced many changes during the period of time. Indeed, the role and functions of DCs have not been assessed for over a decade.

The next DC elections will be held soon (in November 2019). It is a timely research area to explore what could be arranged with an attempt to strengthen the role and functions of the DCs, making it more responsive to the changing demands and expectation of society nowadays.