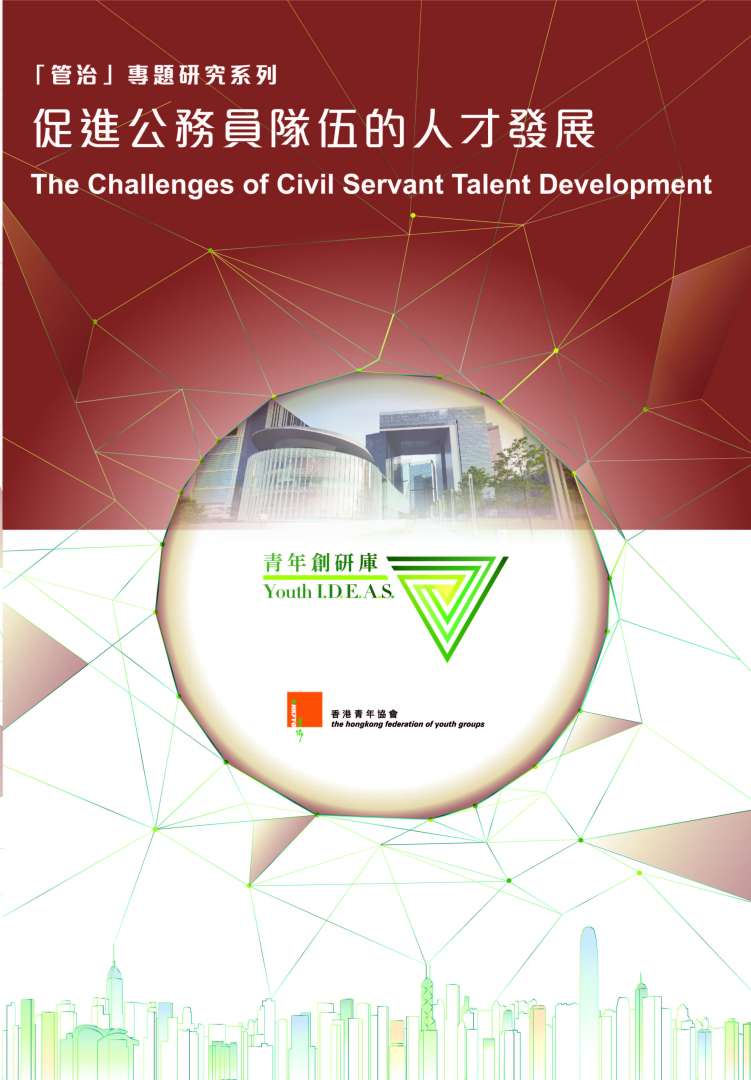 The Youth I.D.E.A.S. announced its latest report on
“The Challenges of Civil Servant Talent Development”

The Youth I.D.E.A.S. (established by HKFYG Youth Research Centre) has released its study on “The Challenges of Civil Servant Talent Development”.

Ninety-two percent of the 527 Hong Kong youth aged 18-34 in an on-site survey said that talent nurturing of the civil servants was important to Hong Kong. In respondents’ perceptions, the city’s civil servants had encountered challenges from the poor public trust of the SAR Government, a divided society, as well as failing to attract outstanding talent. A respective more than half of respondents said that the sense of public pulse (53.9%), or the collaboration skill (51.4%) were the most important capabilities for the civil servants.

Some current young civil servants in the parallel individual case interviews of this study said that they joined the workforce because they had a vision of serving the public.

Summarizing the views of the experts and academics interviewed of this study, the civil servants’ acumen at the societal, country, and international levels needed to be further developed amidst rapid changes in the social and political landscape of the city in recent years. Some experts raised out concerns about the morale of the workforce given the increasing pressure on their performance.

The study recommended the SAR Government to open up channels for early spotting potential talents for grooming, develop a nurturing framework connecting the civil servants with the society, the country, and the international for a broader perspective, collaborate with academic institutions to further brush up the capability of civil servants in formulating polices in quality, as well as take a greater effort to promote public service spirit of the profession.