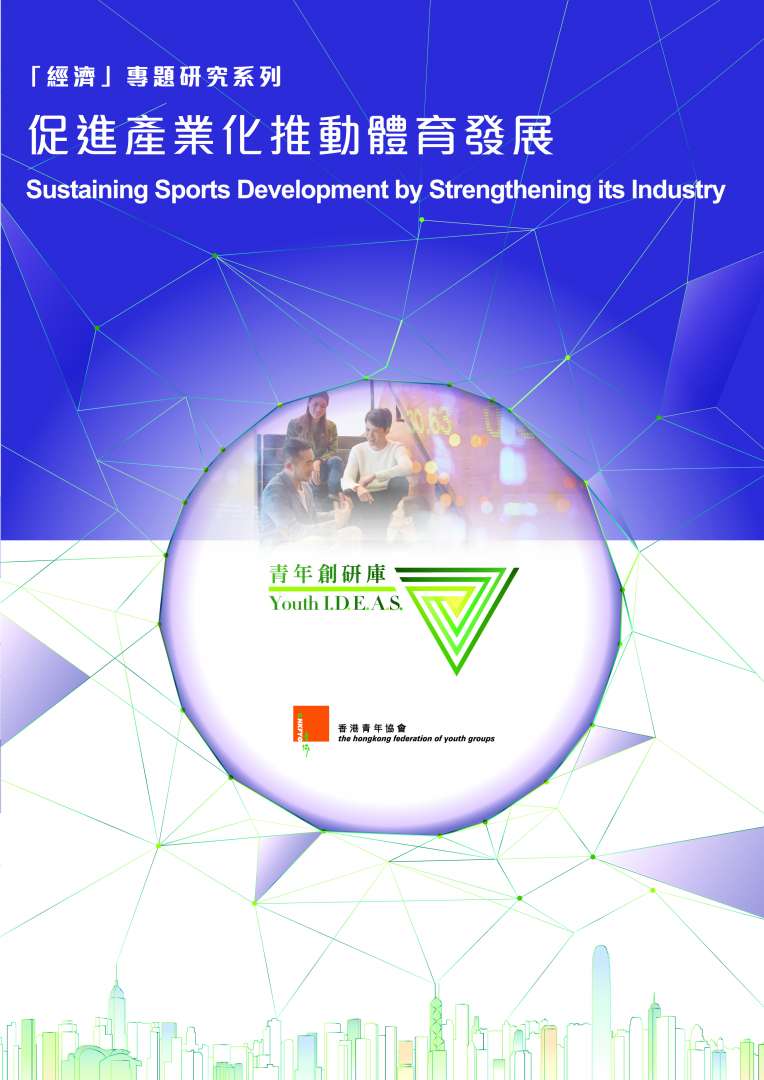 The Youth I.D.E.A.S. announced its latest report on
“Sustaining Sports Development by Strengthening its Industry”

The Youth I.D.E.A.S. (established by HKFYG Youth Research Centre) has released its study on “Sustaining Sports Development by Strengthening its Industry”.

Data gathered from 520 Hong Kong residents aged 15-64 showed that respondents gave the prospects of sports development, working in the sports industry and being a professional athlete only 5.32, 5.55 and 5.46 points respectively out of 10. Besides, 28.8% of the respondents did not exercise at all in the past six months, while 41% exercise at least once per week but only 9.2% exercise everyday.

Experts interviewed generally think that the current model of Hong Kong’s sports development which mainly relies on government resources is not sufficient for large-scale development. Market resources can be used to combine sports and related products which can generate synergy effect that benefits sports and economic development.

The study recommended that the government incorporates the sports industry into the Qualifications Framework and recognizes the professional qualifications of the practitioners in the industry with the Recognition of Prior Learning Mechanism. It may also introduce sports vouchers to drive the demand of sports services and products.