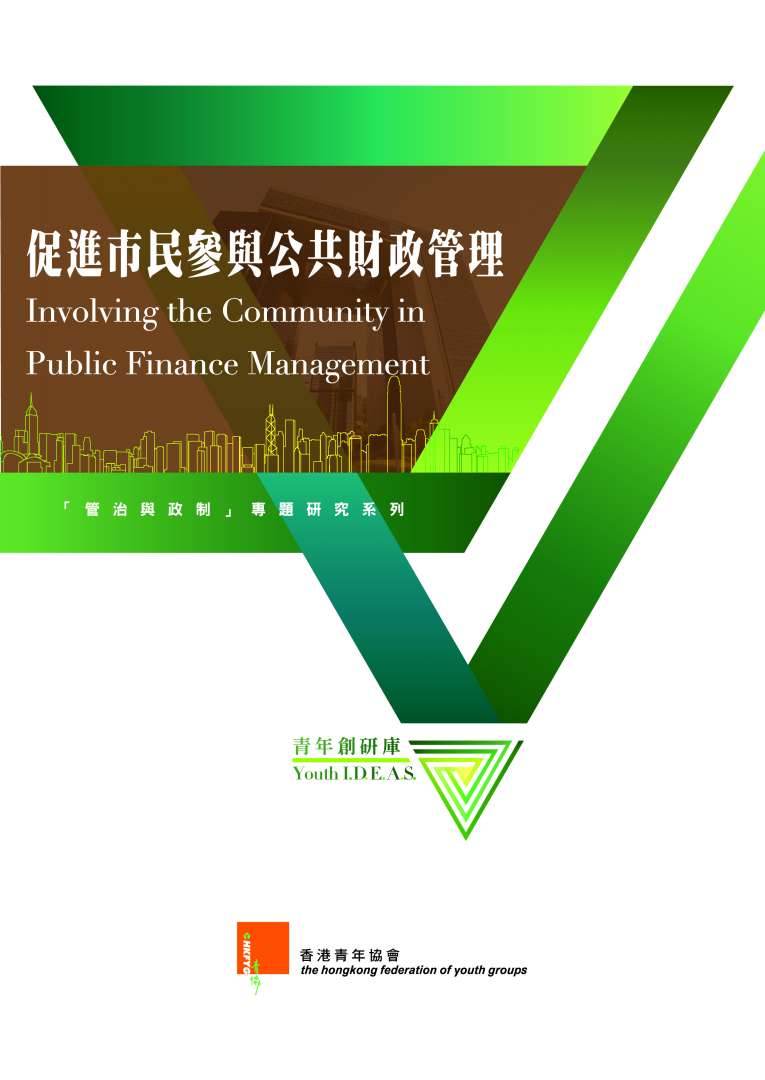 The Youth I.D.E.A.S. announced its latest report on
Involving the Community in Public Finance Management

An onsite survey conducted from October to November on 520 young people aged 18 – 34 noted that close to 60% (59.8%) of respondents believed the greatest benefit of involving the community in the decision making process of the public finance to be its potential to ensure the resources meet the citizens’ need. Close to half (48.5%) considered their participation important, mainly due to the reasons that the public assets belong to the community and they concerned the development prospects of Hong Kong. Forty-four percent (44.1%), however, thought otherwise, with most saying that they had limited personal influence or they lacked knowledge in this area.

Respondents had reservation about the performance of the Government in giving the citizens an account of the views obtained during the consultation exercises or taking views of different stakeholders regarding engaging people in the process of public finance management.  On a scale of 0-10, where 5 indicates a pass, these two items got an average of 4.62 points and 4.22 points only.

The Government’s coffers in recent years maintained steady and it provided a good environment for the Government to go further on improving public services and policies. It is worth paying more attention to enhance the role of the community in the use of the public finance, with a hope that the resources and the effectiveness of governance of the Government could flourish further.