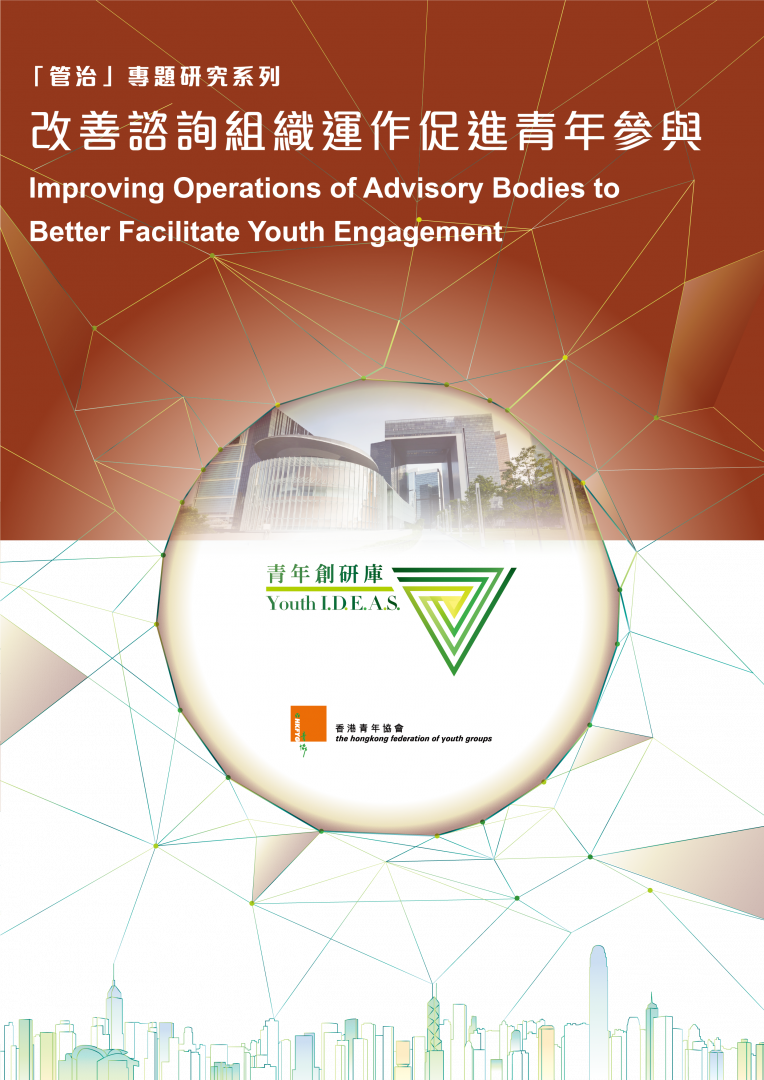 A survey on 524 Hong Kong youth aged 18-35 showed that 72.9% of respondents believed that young people could bring changes through participation. 27.1% showed interests in nominating themselves as members under the Member Self-recommendation Scheme for Youth, mainly because they wanted to reflect youth voices directly（55.6%）, or have influences on polices（54.2%）.

Respondents were asked to rate the advisory committees’ performance in three areas on a scale of 0-10, with 10 indicating the best. These committees obtained an average score of 5.55 and 5.52, respectively, in enhancing the legitimacy of the policy, and collecting professional views, while its function in encouraging public participation was rated an average of 5.28. The ratings were just above the passing mark of 5.

When asked about the extent of worry of having difficulty in allocating time for engagement if they were appointed to serve on these bodies, respondents rated it at the level of 5.49 (average point) on a scale of 0-10, with 5 denoting a general level.

Some young people in the parallel individual case interview of this study were the current members in the advisory bodies. Some of them were uncertain if they could keep on arranging time to serve in near future. Some also mentioned that these bodies rarely made promotion of their work, and they worried that it would leave an impression to the public that these bodies were lacking of concrete performance.

The study recommended the HKSAR Government to have a review of the roles and functions on advisory bodies.