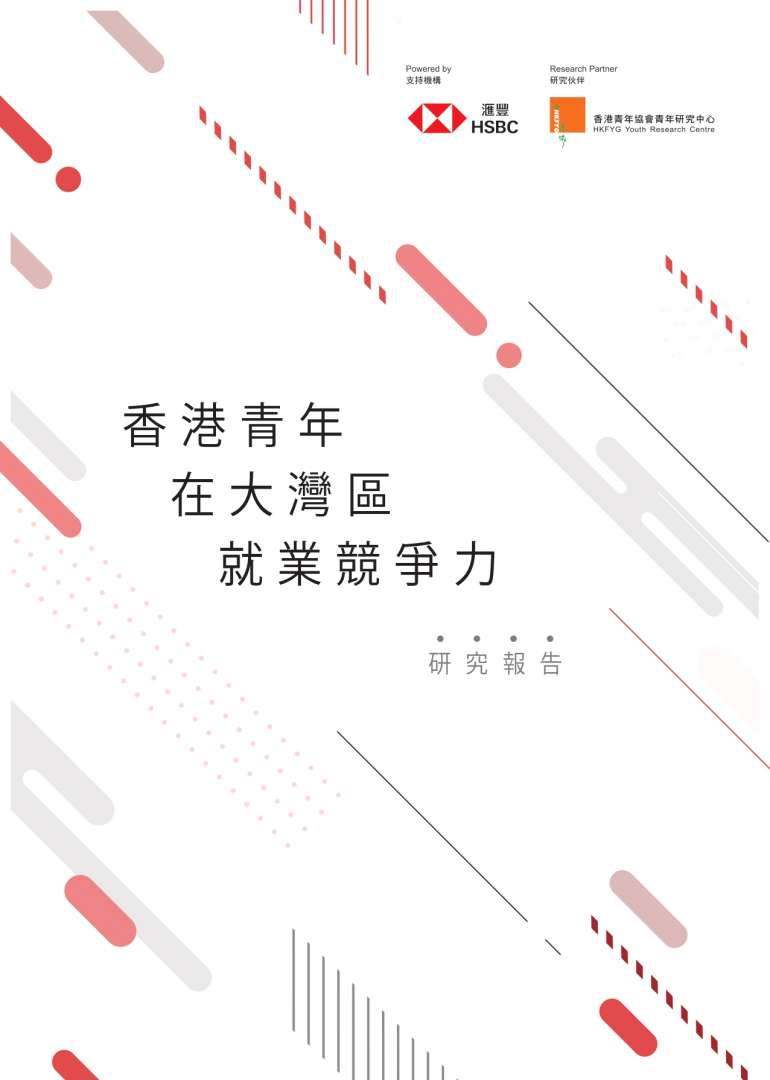 HSBC and The Hong Kong Federation of Youth Groups Youth Research Centre published a study on “The Competitiveness of Hong Kong’s Young People in the Greater Bay Area.

The respondents – 720 local university students who have shown an interest in developing their careers in the mainland cities in the Greater Bay Area (GBA) – are most interested in working in three sectors: cultural and creative (17.9%); financial services (17.6%), and technology and innovation (17.2%).

The study attempts to establish a framework for the five key skills to boost employability in the GBA. Respondents were asked to assess their own competitive advantages against this skills framework. The findings reveal that university students perceive themselves to be competitive in the GBA. On average, students display the greatest confidence in their professional ethics (8.38 out of 10), Putonghua skills (8.04), and flexibility and adaptability to change (7.78), while ranking digital literacy the lowest (6.17).

The study suggested companies to open up more opportunities for internships and consider job rotations between the GBA cities to increase their competitiveness. The study also recommended building online learning platforms to cover the five core skillsets and personality traits essential for employment in the GBA.