A Study on the Rise of Fake News 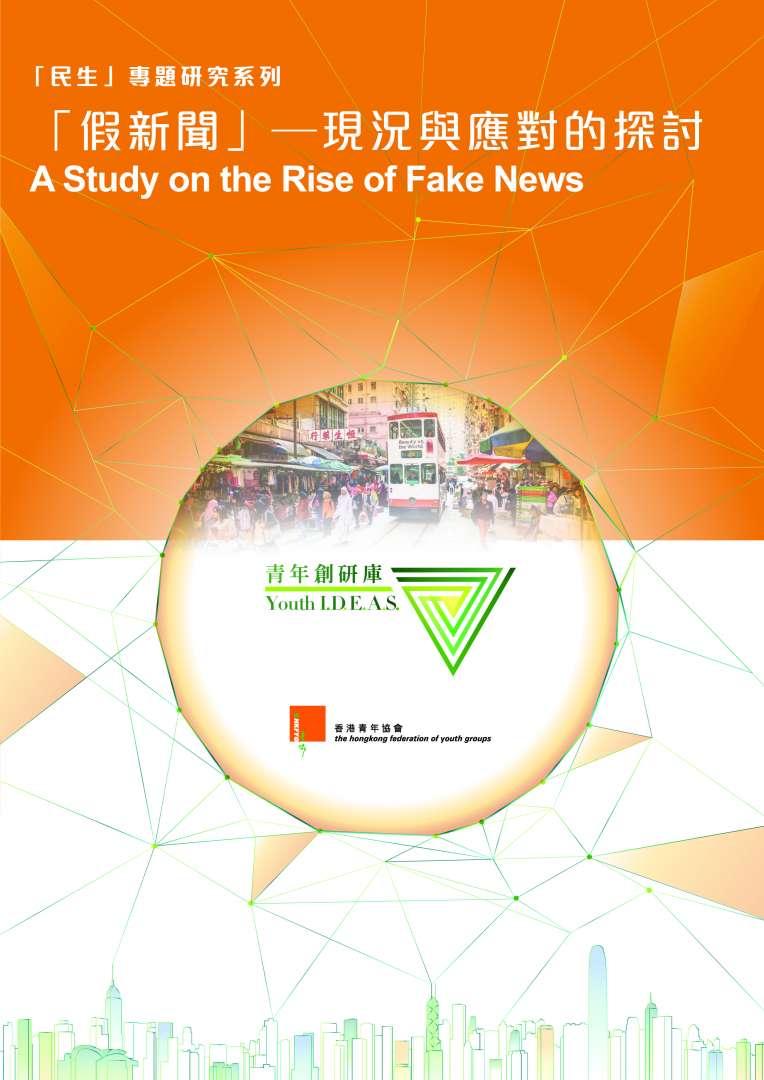 The Youth I.D.E.A.S. announced its latest report on
“A Study on the Rise of Fake News”

The Youth I.D.E.A.S. (established by HKFYG Youth Research Centre) has released its study on “The Rise of Fake News”.

67.6% of the respondents viewed disinformation as a severe problem. Most respondents believed that “waning confidence in authorities” and “serious social divide” are the main reasons behind the rise of disinformation. In regards to whether the government should legislate disinformation, the surveyed youth are divided with 39.3% support it and 38.9% against it. Their main concerns of the legislation are restricting freedom of speech (71.8%), restricting freedom of press (66.4%), and worry about the abuse of power (53.0%).

The study recommended the government to formulate multiple strategies to tackle disinformation. In terms of legislation, the government should impose stronger regulations against internet companies, rather than criminalizing individuals. The government should also promote fact-checking by encouraging and subsidizing academic institutions to start fact-checking initiatives, as well as develop media and information literacy policy in order to cultivate citizens’ media and information literacy.